My scrap basket is overflowing again. I was looking for a piece of red scrap fabric yesterday and as I searched, the scraps just kept coming out like one of those handkerchiefs from a clown’s sleeve! I was beginning to think I had a magic basket with no bottom.

I knew it was time to get in there and tame this thing.

I started a sorting system.

First I set aside larger pieces and long strings. I can cut these later or use the strings for any string pieced projects.

Then I cut smaller pieces into 2 inch or 2 1/2 inch pieces. Lots of my pieces were only a little bigger than this so it seemed like a good size. I’m thinking I may have enough to make some sort of checkerboard quilt blocks.

And last, these are the pieces that were too small to do anything else with but I couldn’t stand to part with them. These bits are great for kids craft projects and that type of thing.

Since I started saving all my scraps, I’ve discovered endless possibilities and the beauty of whole quilts made from the leftovers of other projects. It can be fun and challenging to try and use up these leftovers.

Just don’t wait until they’re taking over your sewing room like I did!

I dug out another unfinished project and have been working on it this past week.  Before we moved to Italy I started making flag blocks but then they got put away in the move.

Now that I’ve visited more countries I thought it would be fun to make flags for all those countries.

So these are the flags that started it all.

Actually, I started making the flag blocks smaller and then switched to this bigger size.  This is actually an 8 1/2 X 11 inch block which is the size of American computer paper.  I thought that size would be both flag shaped and easy to make paper pieced if I needed to. 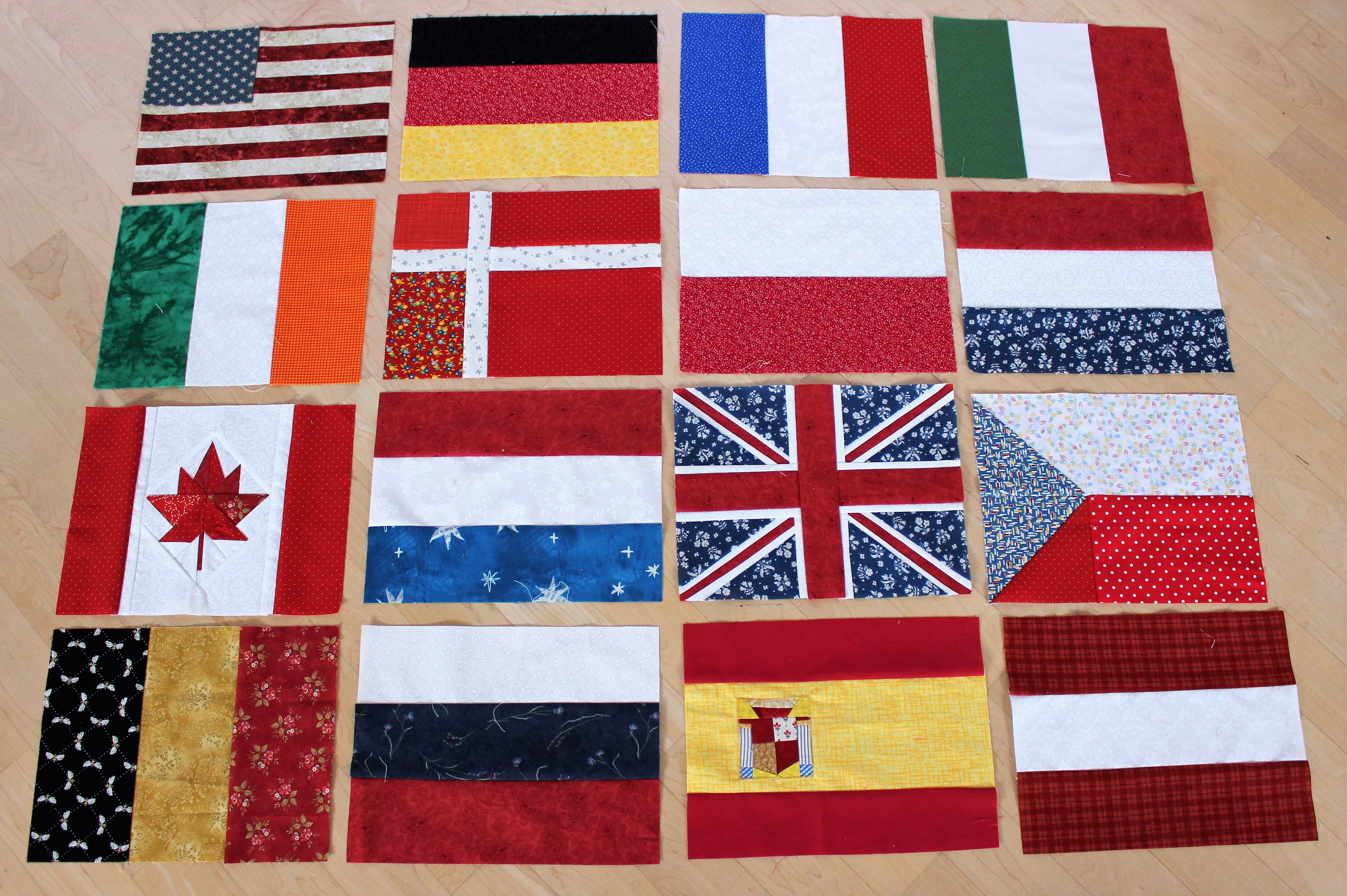 Some have been easier than others.  And I wouldn’t recommend starting a project like this without a good supply of red fabric!

So, I don’t think I will completely finish this quilt until we leave Europe because I have plans to visit more countries.  (Of course I’ll have to visit countries in multiples of 4!)  But I think a black and white map type fabric would be nice for the sashing so I’m on the search for something like that.

I was thinking it would be nice to print or embroider the country name onto the flag and maybe the year I visited. 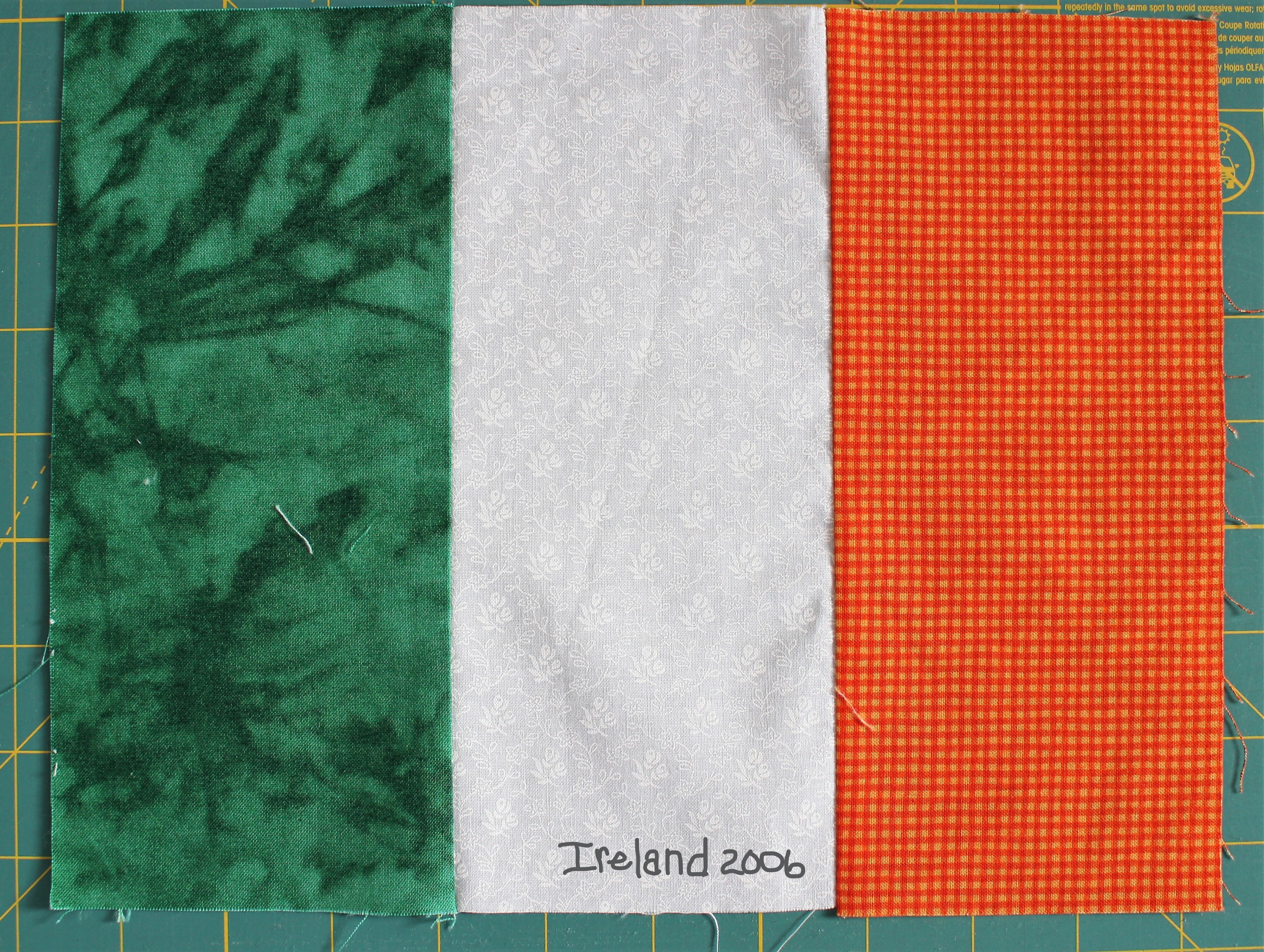 I was able to use my Liberty of London fabric to make the British flag which worked out well.

What didn’t work was the paper pattern I created for this flag.  It took a little trial and error.

As did my Canadian flag.  I tried to use a leaf pattern I had but it was set on point so there was a lot of math to get the flag the correct size.

The Spanish flag also gave me trouble.  I planned to make the background and then paper piece & applique the crest emblem.

I was trying to get the correct size for the crest emblem but do you see the problem with my flag?  I didn’t see it until I had already sewn it together. 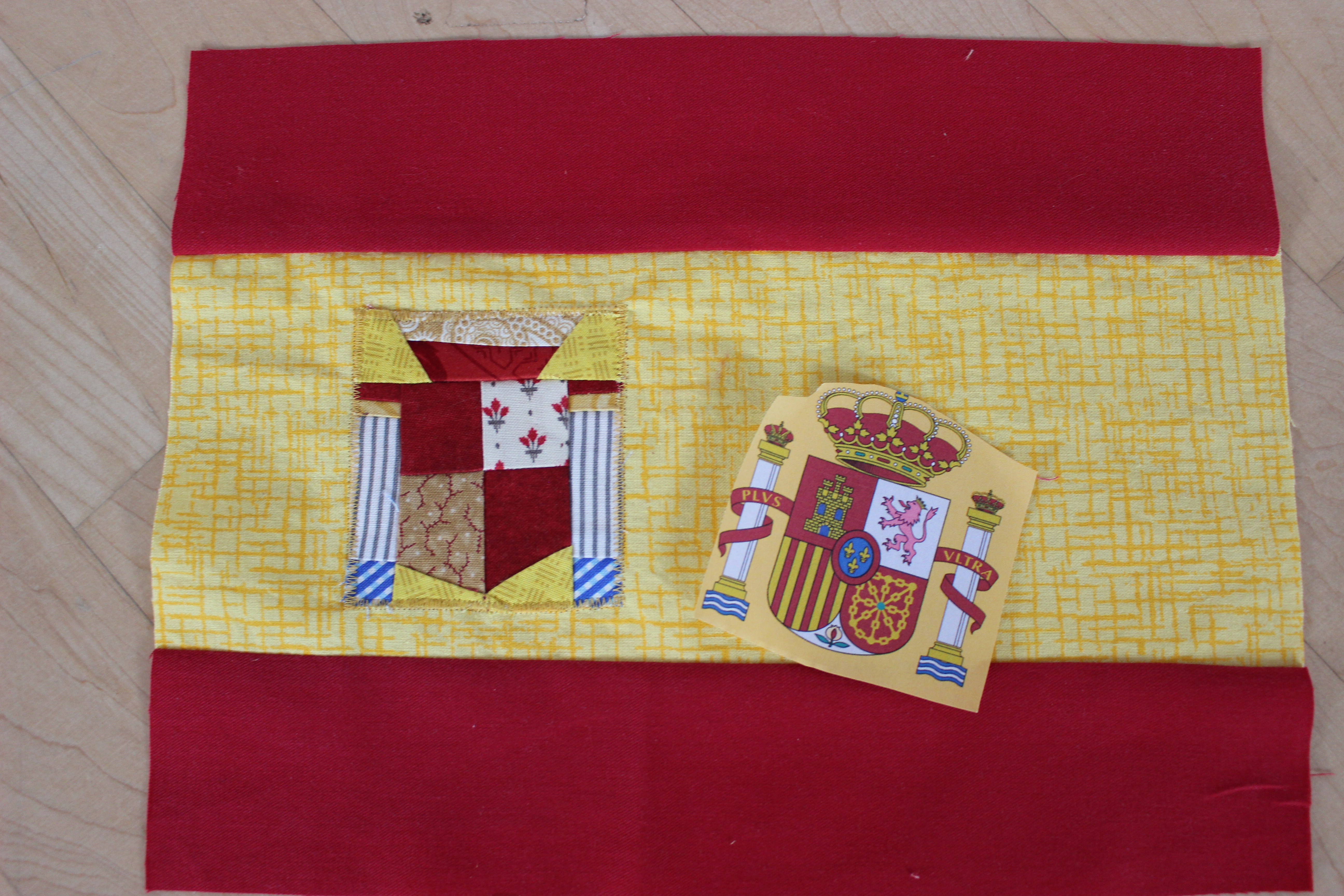 I got the background flag correct but my crest emblem looks a little … well, simple.  Hopefully, in the overall quilt, it will just look like the Spanish flag. 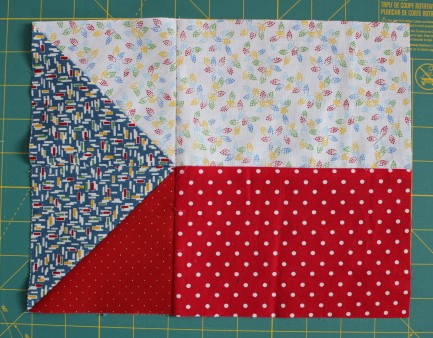 These flag blocks have been a lot of fun and I think it will be hard to decide that the quilt is finished because there’s always more places that I want to visit.  I’ll definitely share my progress on this project.